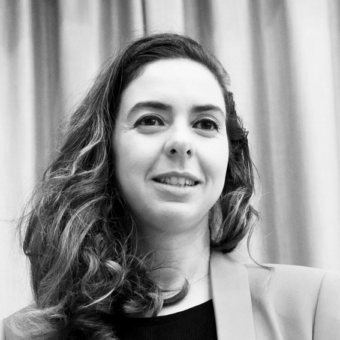 DCODE is writing its own Human-AI story to serve all humans.

Somaya Ben Allouch is leading the Digital Life Research Group at the Amsterdam University of Applied Sciences. She is an endowed professor of Human-System Interaction for Health & Wellbeing at the University of Amsterdam. Her research expertise involves human-centred interaction, acceptance, (long-term) use, and evaluation of digital technologies. Specifically, she investigates social robotics, ubiquitous technologies, assistive technologies, and wearables. Somaya Ben Allouch has been working from 2002 to 2014 at the University of Twente (The Netherlands), where she earned her PhD in 2008, focusing on developing, accepting, and using ambient intelligent technologies. Somaya has been a visiting researcher at the Ambient Intelligence Research Lab of Stanford University in 2011 and 2012. She is a member of the editorial board of the Journal of Ambient Intelligence and Smart Environments and a guest editor for journals such as the Journal of Social Robotics and the Journal of Distributed Sensor Networks. She is involved in various (inter)national competitively third-party funded research projects and supervises various PhD projects.